* In case of any delay in receiving the OTP, you may verify it later. Please proceed without verification.

Enter your City name or Pincode

Dharamjaigarh is a small town in Raigarh district of Chhattisgarh. Even though small in size, it attracts travellers with its sightseeing places and religious destinations. This city once a princely state was known Udaipur and was ruled by kings with the title Judev. Today you can see the kingly palace with the attached fruit orchards in Dharamjaigarh, which is a major tourist attraction of the town. 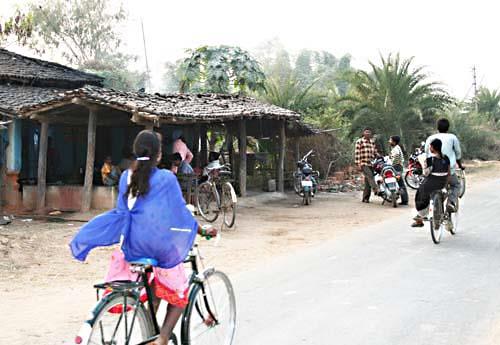 Dharamjaigarh city is situated in the geographical coordinates of 22.47°North latitude and 83.22°East longitude. The city lies at elevation of 299 meters above sea level. Dharamjaigarh is just 77 km away towards northwest direction from Rajgarh. The nearby villages to Dharamjaigarh are Miriguda, Ongana, Sisringa, Krondha and Narkalo. The main nearby cities are Korba, Raigarh, Dipka and Sakti.

Agriculture is the basis of the economy of Dharamjaigarh and paddy is the main crop grown here. However, as the farmers do not have direct access to the market, they don’t get right price for their crops. Even though the city has some rice mills, they cannot utilize all the produce. Dharamjaigarh is one of the most under-developed areas of Chhattisgarh. The uneven topography of this region is the main reason for its underdevelopment. Due to this geographical barrier, accessibility is a main challenge here.

Chhattisgarh has a unique culture in their costumes, food, rituals and festivals etc. A major portion of the people here are tribals. The people in Dhamramjaigarh speak Hindi, Chhattisgarhi commonly. A few people also talk Oriya and Bengali. Dashera festival is celebrated in Dharamjaigarh elaborately. As a part of celebration, a three day carnival is arranged in the club-grounds. People in the town await most eagerly for this event.

Dharamjaigarh is a nagar panchayat in Raigarh district of Chhattisgarh state. Dharamjaigarh is also a legislative assembly constituency in the state and the sitting MLA of this seat is Lalijeet Singh Rathia of Indian National Congress.

The laid-back environs and surrounding forests on all sides make Dharamjaigarh a beautiful town. If you walk in any direction out of the city, you will reach in dense deciduous forests, which are dotted with small tribal villages. Dharamjaigarh is covered with a blanket of greenery during monsoon period. There are several tourist attractions in and around Dharamjaigarh city. Dharamjaigarh is divided into two parts. One is located atop a small plateau and the other is below it, which is called as Nichepara. A steep slope, locally known as Ghatia, divides these two parts. Here are giving some of the famous tourist attractions in the town.

Ambitikara: Ambitikara, which is also known as Amli or Imlitikara, is famous for a temple of Goddess Kali beside a shallow river.

Sisringa: Sisringa is a prominent valley that overlooks the town. There is a small temple at its highest point.

Amadarha: Amadarha is a beautiful picnic spot, which is located on the banks of the Mand river. There are several low waterfalls and forests on hill-slopes.

Udyan Vibhag Nursery: It is a garden in Dharamjaigarh town where you can see and purchase many types of plants.

Tourists, who visit Dharamjaigarh, can also visit the nearby cities like Boturakachar, Ongna, Jamungri, Rampur, Bajpur and Bakaruma etc. Even though not many in number, there are a few hotels and private tourist lodges in and around the city where the tourists can rest.

Comments / Discussion Board - About Dharamjaigarh